This week, Hubby is off work for the holidays, so I’ve been taking (some) time off from writing as well. We’re a bit behind on our Japanese candy DIY kits from our monthly Japan Crate, so in between binges of Gotham and playing Lego Harry Potter, we decided it was time to crack open those DIY candy kits. After all, we didn’t get enough candy at Christmas (haha).

The Chitto Soda looked the most exciting, so we tried that one first. It’s a soda-flavored mochi candy mix. I love mochi, so I was sure this would be a hit. There were quite a few steps to this one, so I’ll just hit the highlights. 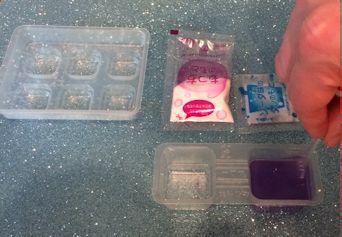 The first step was to mix one of the powder packets with water, which formed a blueish-purple solution. We poured the blue solution into each of the six molds. 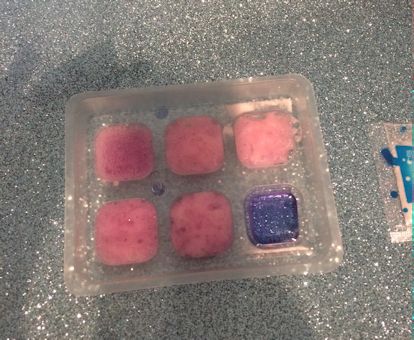 Next, we mixed the second powder into each one. I think the second powder has baking soda in it because the solution bubbled and fizzed and changed from blue to pink. My inner chemistry nerd was loving it. After the reaction, the candy turned into the sticky/squishy consistency characteristic of mochi.

The last step was to add the blue soda-flavored syrup topping. End result: our candies don’t look as cute as the drawings on the package, but they were delicious! 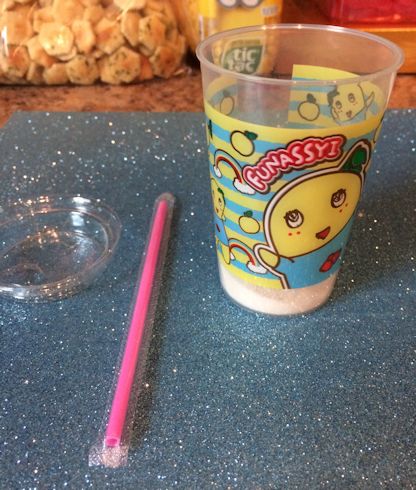 This one was really easy! Just mix the powder packet with milk and a little bit of ice and shake. 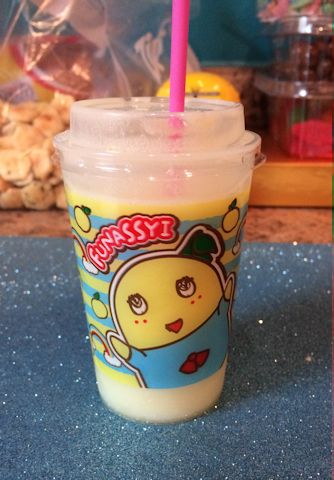 Ta-dah! The pear flavor was nice (though Hubby swears it tasted like banana), but a bit too sweet for me. Still, the little mascot is so cute it’s hard to resist.

Third, we made the Tororin Parfait. 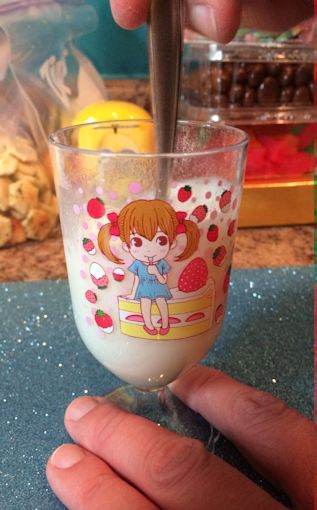 The kit even came with it’s own cup. Just mix the parfait powder packet with milk and place in the fridge for 10 min. 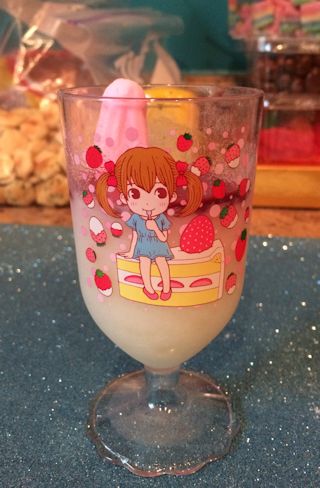 Afterward, top it with the strawberry syrup and a strawberry candy wedge and enjoy. It was good, but I’m sure it would have been even better if we had followed the suggestion on the package and added our own fresh fruit as well.

Finally, we made the Chocorooms (chocolate mushrooms).

The package included three tubes of flavored chocolate, crackers (to be the mushroom stalks) and a mold with a variety of mushroom shapes. The chocolate tubes were easily softened by soaking in hot water from the tap. Then we squeezed them into the mold (badly) in different layers and patterns and pushed the crackers into the center.

After letting the chocolate set in the freezer for 10 minutes, we had our candy mushrooms. They look a bit odd, but taste great–and that’s all the matters.

In the meantime, Sumo entertained himself by watching his favorite TV show, General Hospital (while laying on his favorite blanket, of course).

It’s time to take a page out of Sumo’s playbook and burn off my sugar coma with another round of Lego Harry Potter. I hope everyone has a Happy New Year, and I’ll be back to writing and regular posting next week. See you next year! ^_-

PS-A special thanks to Hubby for being my hand model for this post! ^_-